The Storylines That Will Shape the Postseason

The 2021 NHL Playoffs will start May 15, and for the most part, the schedule of games has been finalized. When the playoffs begin, they’ll mark a return to normal after last summer’s bubble setup in Toronto and Edmonton. Teams will be back in their home arenas, and many will have at least some fans in attendance—a welcome change from the empty seats we’ve seen over the past year.

But these playoffs will be unusual in other ways, most notably because the NHL is using a different structure for the 2021 season. To mitigate travel during the pandemic, the league realigned into four divisions: the Central, East, West, and North, the latter of which is made up of the league’s six Canadian teams. The realignment creates the potential for unusual matchups. For instance, the Montreal Canadiens are normally in the Eastern Conference, and the Edmonton Oilers are in the Western Conference, so they could typically only meet in the Stanley Cup Final. But this year, they could face each other much earlier in the postseason, which would be a lot of fun to watch.

Though the divisions look different, the playoff format is similar to past years’ playoffs. A total of 16 teams will make the field, and the first two rounds will be devoted to sorting out a champion from each of the four divisions. Then, out of these “final four” (similar to NCAA March Madness), two teams will advance to the Stanley Cup Final, which should begin in late June or early July.

Here are four storylines that will shape this unique playoff season.

Is it finally Canada’s moment?

Seven of the NHL’s 31 franchises are based in Canada. Six have been around for decades, and a seventh, the Winnipeg Jets, joined in 2011. But no Canadian club has lifted the Stanley Cup since the Canadiens did it in 1993.

If that streak ends this year, there’s a good chance it will be thanks to players who weren’t even alive in 1993. Edmonton OIlers center Connor McDavid (born in 1997) has emerged as the best player in the world, and Toronto Maple Leafs center Auston Matthews (also born in 1997) isn’t far behind him. The Oilers and Leafs are Canada’s best shots to hoist Lord Stanley again. 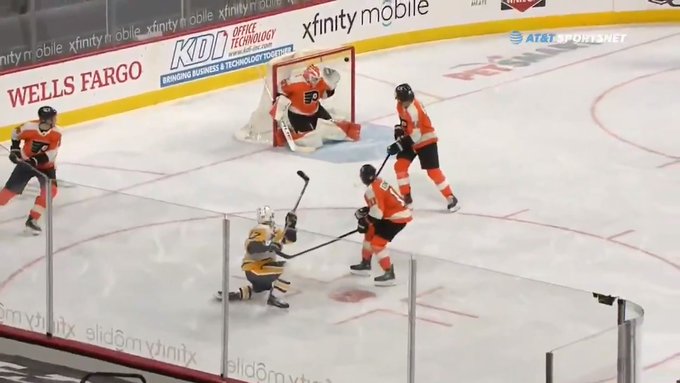 Do the Pittsburgh Penguins’ aging superstars have another run in them?

With three Stanley Cups since 2009 and a repeat in 2016 and 2017, the Penguins are the closest thing to a dominant franchise in the current era of the NHL. Their success has largely rested on the contributions of two of the best centers of all time—Sidney Crosby and Evgeni Malkin—and one of the league’s most talented (if less consistent) defenders, Kris Letang.

Those three have played together since 2006. They’re all 33 to 34 years old now, which is around the age where star players usually begin to fade. Crosby has been brilliant this season, while Letang has come on lately and Malkin is set to play in the postseason after missing much of the year with a lower-body injury. If they’re going to win a fourth Cup together, it will probably happen this year. (Or perhaps it’s time for McDavid or Matthews to take over.)

Who will emerge from a two-team power struggle in the West?

Two of the best teams in hockey this year have been the Vegas Golden Knights and the Colorado Avalanche. They couldn’t have been built more differently. The Knights are largely the product of an expansion draft (Vegas joined the league in 2017), but they’ve found quick success—making the Stanley Cup Final in 2018 and a conference final in 2020—by smartly adding big scorers like Max Pacioretty and Mark Stone to the roster.

On the other hand, the Avalanche got great the old-fashioned way: losing a lot and then using high draft picks to select incredible players. Left wing Gabriel Landeskog (second overall in 2011), center Nathan MacKinnon (first overall in 2013), right wing Mikko Rantanen (10th overall in 2015), and defenseman Cale Makar (fourth overall in 2017) give the Avs what might be the most talented core in the league.

Will Connor McDavid define the playoffs, or someone else?

It feels like McDavid’s time. He’s now in his sixth year in the league, and he has already won an MVP award and led the league in points multiple times. But he’s only appeared in the playoffs twice. The Oilers generally have failed to surround him with high-caliber teammates, and it has been difficult for McDavid to drag the team into the postseason.

Everything’s clicked this year, though. The Oilers are dominant, and they’ve finally found enough help for McDavid and fellow elite scorer Leon Draisaitl. Goaltender Mike Smith, at 39 years old, has emerged as a contender for the Vezina Trophy, which goes to the league’s top netminder. All of that to say: The Oilers have the pieces in place for a Stanley Cup win, and McDavid could be looking at his first Conn Smythe Trophy (awarded to the playoff MVP) this year.

Even so, hockey is a cruel game. The Oilers could run into trouble at any time, and a dream season for McDavid could go up in smoke. He has plenty of competition: Matthews and the Maple Leafs, Crosby and the Penguins, even MacKinnon and the star-studded Avalanche. Regardless of how this postseason goes, it’ll be fun to see such talented players and teams battle it out on the ice.